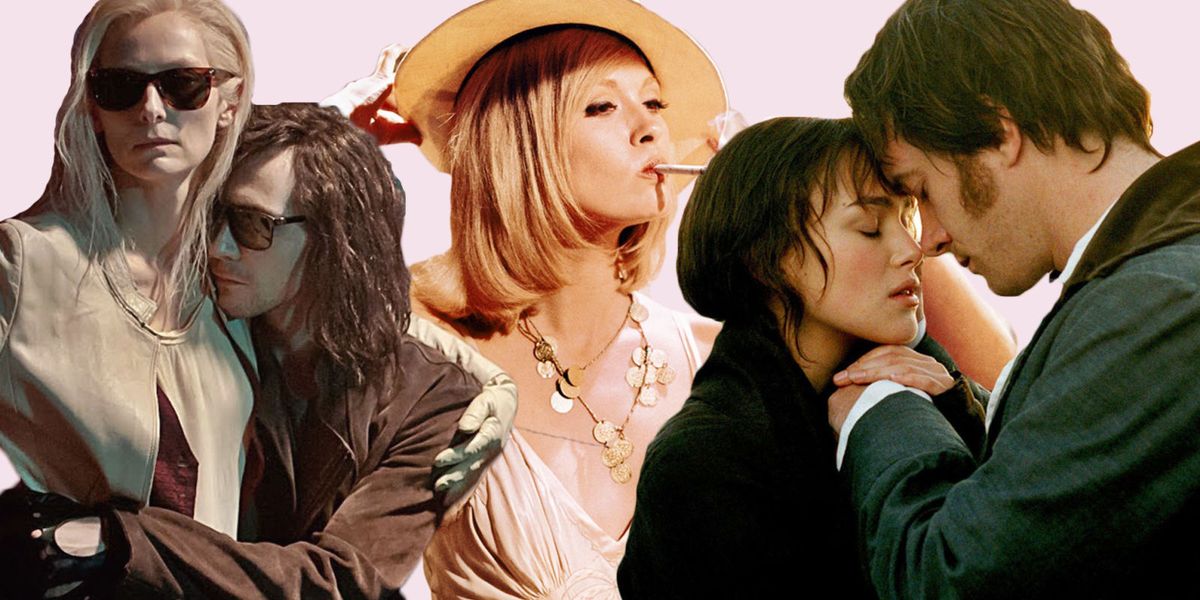 When everything appears bleak, all you want to do is curl up under a blanket, turn the room temperature down, and do nothing. Alright, then! Curl up in your blanket and grab a coffee mug. Here is a compilation of the top 10 Best American romantic movies that might be appropriate for the mood.

Crazy Stupid Love ranked 1st in the list of Best American Romantic Movies. Over dinner, forty-something Cal and Emily’s almost 25-year marriage falls apart for the dreadful little reason that she wants a divorce so she may try her luck at love with a man who doesn’t take her for granted. The now-single Cal feels lost, helpless, and like a fish out of the water until he meets the self-assured Lothario and brilliant pickup artist, Jacob, who chooses to take him under his wing. Nothing will ever be the same again, and as the rusty and pitiful seducer in the making rediscovers his latent manliness, something completely unexpected occurs: Jacob is also vulnerable to the addictive emotion of intense affection.

Who said that love was simple?

Life frequently does not go as expected. Pat Solatano lost everything, including his wife, career, and home. After serving an eight-month sentence in state prison as part of a plea agreement, he is now living with his mother and father again. Despite the hard conditions of their separation, Pat is determined to rebuild his life, have a good outlook, and reconcile with his wife. Pat’s parents just want him to get back on his feet so they can all enjoy watching the Philadelphia Eagles football games together. Things become difficult when Pat meets Tiffany, a mystery girl with her issues. Tiffany promises to facilitate Pat’s reconciliation with his wife, but only if he would perform an extremely significant favor for her. As their agreement is carried out, an unforeseen kinship between them begins to develop, and blessings start to surface in both of their lives.

Sutter Keely, a charismatic, well-intentioned high school senior who always seems to be the center of the party, makes tremendous attempts to conceal himself behind a carefree but fleeting gift and a massive fast-food soda cup filled with alcohol. Sutter will, however, awaken in a random front yard where Aimee Finicky, his bookish and unpopular classmate, finds him while on her routine newspaper delivery route after a night of excessive partying and an awful breakup.

Can Sutter and Aimee have a wonderful future together despite being polar opposites who are nonetheless drawn to one another?

4. An American in Paris

Jerry Mulligan, a lively and upbeat former soldier, learns the hard way that being well-known as a painter in the vibrant, creative Parisian metropolis is easier said than done while struggling to build a name for himself in the magnificent post-World War II France. Then, unexpectedly, Jerry finds a willing customer in the form of the wealthy heiress Milo Roberts and has a fortuitous encounter with Lise Bouvier, the love of his life and a friend’s reliable girlfriend. The cheerful artist is suddenly forced to decide between a successful profession and genuine love.

Can an American living in Paris truly have it all?

Duke (James Garner), a loving octogenarian resident of a serene nursing home, reads daily to a fellow Alzheimer’s patient from the worn-out pages of his leather-bound notebook with almost religious devotion (Gena Rowlands). To keep her company, Duke recounts the intriguing love story of the wealthy city girl Allie (Rachel McAdams) and the impoverished but lyrical country kid Noah (Ryan Gosling), which slowly develops into a lumber-scented Southern summer romance in the late 1930s North Carolina. The silver-haired patient finds herself becoming more and more engrossed in the oddly captivating account of the highs and lows of the young impassioned lovers as if the silent manuscript had the unfathomable capacity to pierce the thick clouds that cloak her dejected soul.

But what is in store for Allie and Noah in the future? Do midsummer idylls inherently end in failure?

The morning commuters, Sebastian, a suavely charming jazz pianist who is struggling with life, and Mia, a gifted writer who is eagerly awaiting her big break, are off to a horrible start since they are crammed onto a vast stretch of roadway on sunny Los Angeles. Sebastian, a purist with undiluted musical taste, definitely has a serious plan for the future. However, Mia, a hopeless romantic fascinated by the glamour of vintage Hollywood, is engrossed in pointless auditions. Because these two proper Los Angeles dreamers keep bumping into one another beneath the city’s starry evenings and plum-hued sunrises, a lovely old-fashioned tap-dance romance tentatively starts.

Although this is the type of effervescent love that defies logic and motivates people to take long walks while admiring the city’s shimmering lights, life is also fascinating and demanding, and the two idealists start to stray from their goals. Does genuine love only exist in fiction? Dreams, do they ever come true?

Sparks fly when Tom, a skilled architect who works as a writer for a greeting card firm, meets Summer, Tom’s boss’s charming, lovely, and bright-eyed assistant. Tom quickly realizes that he and Summer have a lot in common. After all, their favorite band, The Smiths, is adored by the two. Summer, on the other hand, values independence and non-attachment and does not believe in love at first sight, whereas Tom, who is in love, is overdoing it. Additionally, as their uneasy connection develops, they become embroiled in an uncontrollable and unpredictable charade in the name of love. Tom, though, is certain that he has discovered his true love.

Do 500 days suffice to convince Summer that she is the one?

A shipwreck is located 3,800 m below the surface of the icy Atlantic Ocean, deep in the bottom of the sea. It is the Titanic, once man’s greatest technical achievement but now devoid of its former magnificence. Nearly a century later, Brock Lovett and his well-equipped technical crew are in the middle of the ocean looking for answers after spending the last three years searching unsuccessfully for the Titanic’s buried treasures. But when 100-year-old Titanic survivor Rose Calvert, one of the few, hears about this ambitious mission, she decides to share her incredible and utterly tragic tale, one that weaves together the extraordinary journey of the exquisite, deep-blue Heart-of-the-Ocean diamond of King Louis XVI with the unlikely romance between Rose and the young bohemian vagabond, Jack Dawson. An emotional walk down memory lane is about to begin.

Can both the poor and the aristocracy learn humility from the past’s mistakes?

9. The fault in our stars

Hazel Grace, a 17-year-old who has lung cancer, must always carry an oxygen tank with her. Against her reluctance, her mother Frannie pushes her to attend a cancer support group. But when Hazel meets Gus, an 18-year-old cancer patient who lost part of one leg but appears to be recovered, they fall in love. Hazel introduces Gus to her favorite book and shares her dream of speaking with the author, Peter Van Houten, who resides in Amsterdam, about the book’s conclusion. Van Houten responds to Gus’ message via his assistant and extends an invitation for them to visit him in Amsterdam. When they arrive in The Netherlands with Frannie, Hazel discovers that Peter Van Houten is not at all what they had expected.

10. Portrait of a Lady on Fire

France, 1760. For-hire painter Marianne is on a covert assignment when she is summoned to a remote cliff-side manor wedged between the untamed sea and the rough landscapes of an island off the Brittany Coast. When an Italian countess asked Marianne to paint her obstinate daughter Hélose’s wedding portrait, Marianne had to spend the day studying the face’s intricate details while acting as her promenade partner. However, as Marianne sneaks a peek at oblivious Hélose to paint some of her features at night, short glances transform into ravenous looks, creating a silent affection and wordless closeness between the unorthodox painter and her subject.

Can the lady on fire be set free by the liberating power of art?